Tethers - It Bows By Day 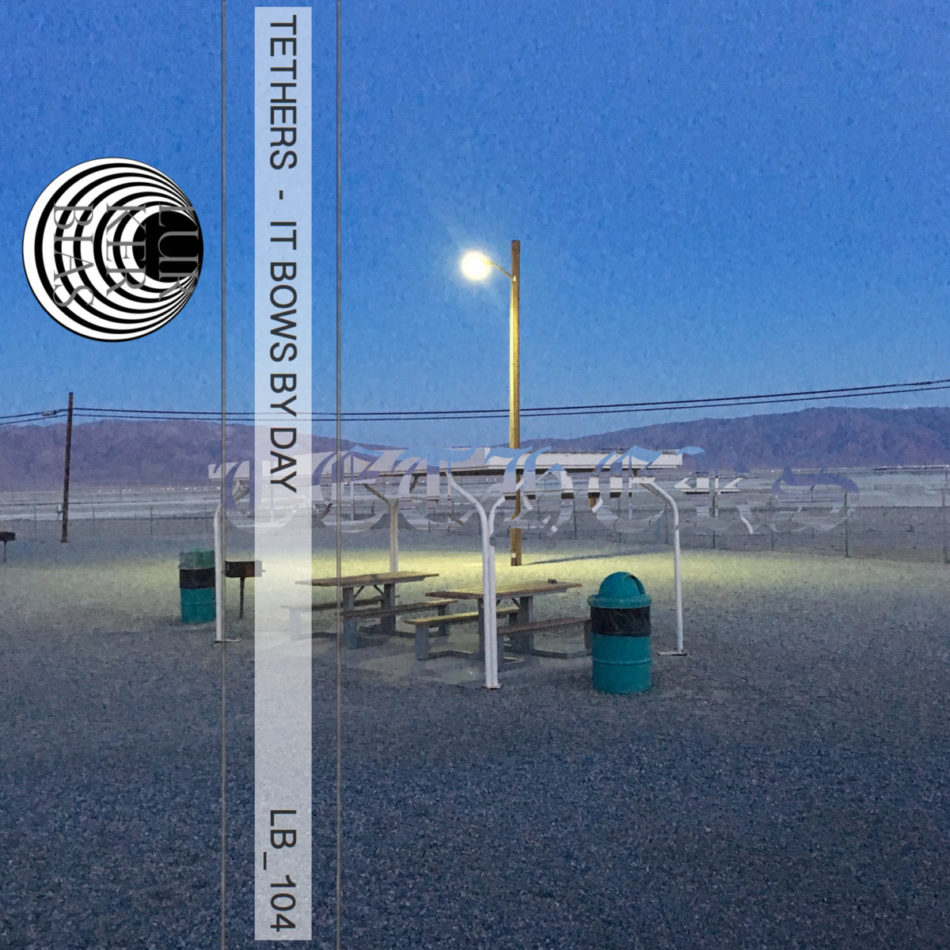 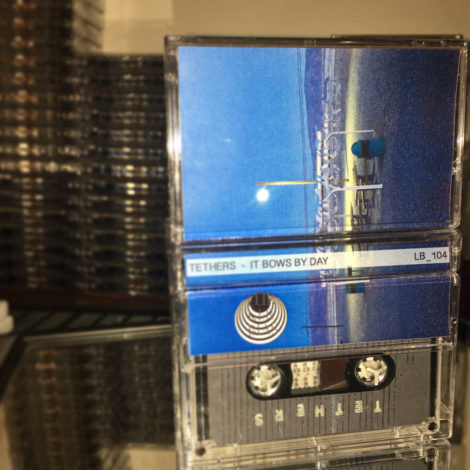 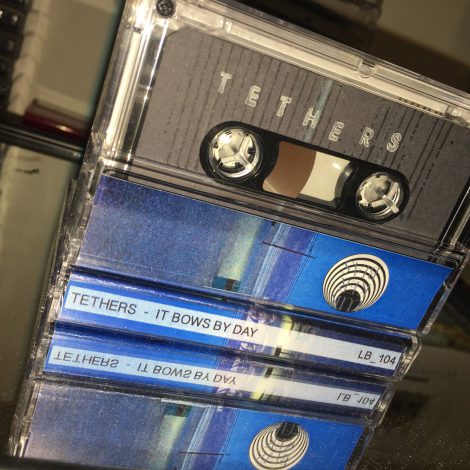 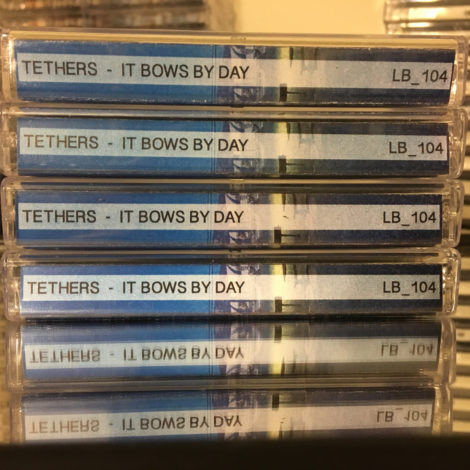 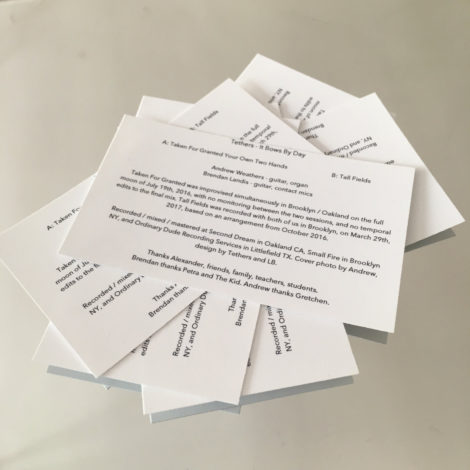 Taken For Granted was improvised simultaneously in Brooklyn / Oakland on the full moon of July 19th, 2016, with no monitoring between the two sessions, and no temporal edits to the final mix. Tall Fields was recorded with both of us in Brooklyn, on March 29th, 2017, based on an arrangement from October 2016.

Thanks Alexander, friends, family, teachers, students. Brendan thanks Petra and The Kid. Andrew thanks Gretchen.

No thanks bullshit motherfuckers in power, grinding the earth and its people into dust.

You can buy the tape on bandcamp.

"Mind-meld kind of stuff, transfer of ideas before reactor shutdown... Clearly they were onto something."